Artist in Residence: Shake The Dust Off Your Wings 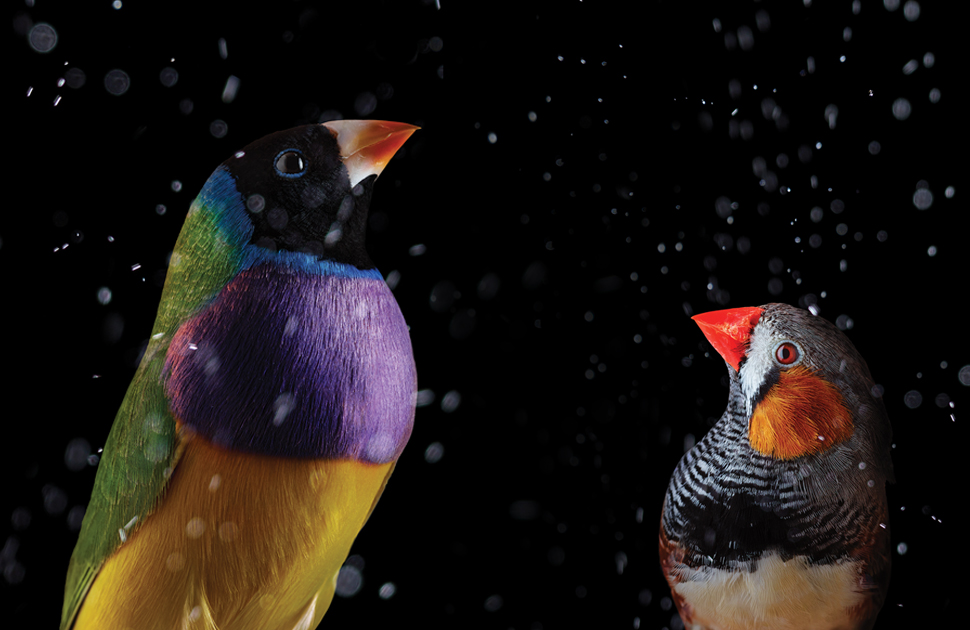 Shake the Dust Off Your Wings is part sculpture, part video art. The film, featuring Gouldian and Zebra finches, captures the arrival and playful bathing of the birds. The swift movement of the finches, no more than the height of a lemon, was captured on a high-speed camera at 1000 frames per second. The work's sculptural form is a semi-circular pool atop a pedestal, evoking the shape of a bird bath. The matte black alupanel creates a misty watery reflection, mirroring the slow motion imagery from the three displays mounted above. The music is played via induction speakers adhered to the inside surface of the pedestal, using its hollow form as the resonating chamber.

Filmed at Taronga Zoo’s Living Classrooms, which were built especially to inspire and educate the next generation of conservation scientists, the work hopes to reveal the beauty of the critically endangered Gouldian finch and its cousin the Zebra finch. These birds have wildly different circumstances. The Gouldian Finch whose home is in tropical northern sub coastal areas of Australia is critically endangered whereas the Zebra finch, one of our more common finches flourishes and is found in most parts of Australia.

The work is Leila and Melvin's second collaboration, whose ongoing partnership aims to create art that quietens the mind.

Proudly supported by the City of Sydney.
Screens powered by Samsung

The human world unfolds at a pace that is frantic, a speed that is constantly escalating. But 2020, a year marked by the Australian bushfires and the global pandemic, forced us take a breath and reflect on the ways in which our trajectories were moving at a rate we can’t sustain. This three-channel video work, ‘Shake the Dust Off Your Wings’, evolved as a response to the lessons learnt during this time of pause and introspection. The phrase ‘Shake the Dust Off Your Wings’, is a metaphor for swapping old ways of living for those that reflect the cycles of nature. As the Chinese philosopher Lao Tzu put it in the 6th century BC, ‘Nature does not hurry and yet everything is accomplished.’ This collaboration is designed to put us in meditative state, free us from the urge to relentlessly ‘do’ and reconnect us with the present moment. It shows us how the natural world can slow our internal rhythms while delivering the gift of peace and awe. 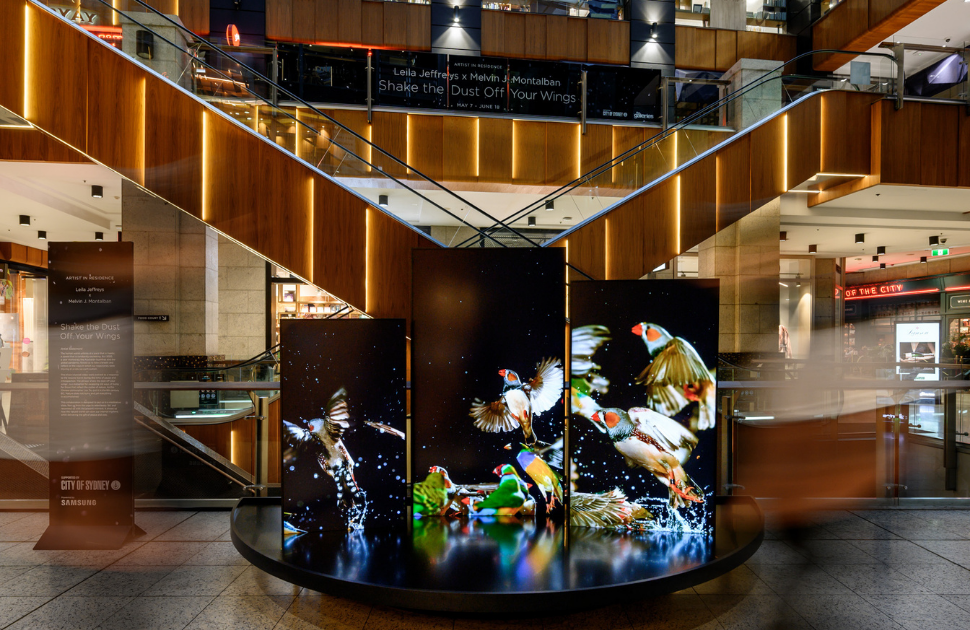